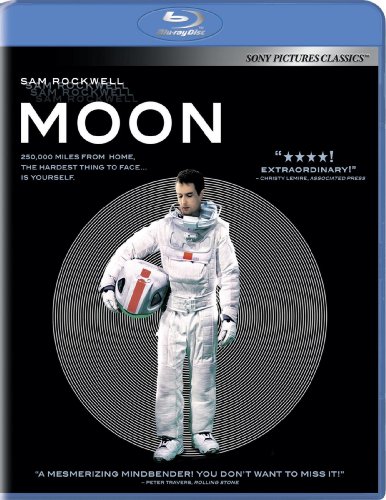 Sam Bell (Rockwell) is nearing the end of his contract with Lunar. He's been a faithful employee for 3 long years. His home has been Selene, a moon base where he has spent his days alone, mining Helium 3. The precious gas holds the key to reversing the Earth's energy crisis.

Isolated, determined and steadfast, Sam has followed the rulebook obediently and his time on the moon has been enlightening, but uneventful. The solitude has given him time to reflect on the mistakes of his past and work on his raging temper. He does his job mechanically, and spends most of his available time dreaming of his imminent return to Earth, to his wife, young daughter and an early retirement.

But two weeks shy of his departure from Selene, Sam starts seeing things, hearing things and feeling strange. And when a routine extraction goes horribly wrong, he discovers that Lunar have their own plans for replacing him... and the new recruit is eerily familiar.

Before he can return to Earth, Sam has to confront himself and the discovery that the life he has created, may not be his own. It's more than his contract that is set to expire.