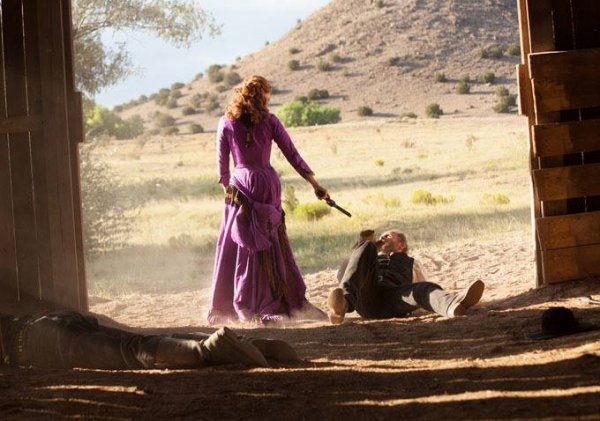 In the late 1800's, a beautiful former prostitute (January Jones) is trying to build an honest life with her husband in the rugged plains of New Mexico. When she catches the eye of a sadistic and powerful religious leader (Jason Isaacs), her life is violently turned upside down. She embarks on a bloody course of vengeance with the assistance of a renegade sheriff (Ed Harris) who has pretty violent tendencies of his own.