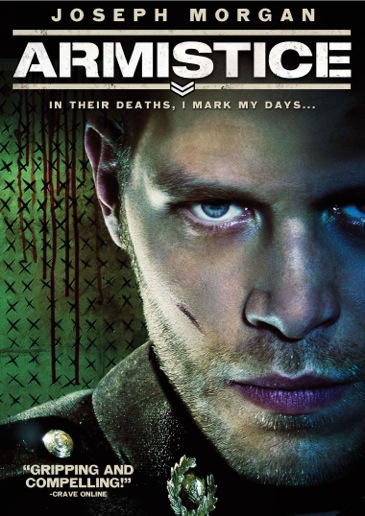 In the role of Royal Marine, A.J. Budd, Joseph Morgan stars in this brutal psychological and supernatural thriller, in which he finds himself trapped in the Warhouse. Imprisoned, he is forced to fight for his life against grotesque, inhuman opponents. He must kill every day or die himself. His one glimmer of hope comes in the form of a diary, left by a former occupant of the house, WWI Lieutenant Edward Sterling, played by Matt Ryan.