Get On Up Movie Photos 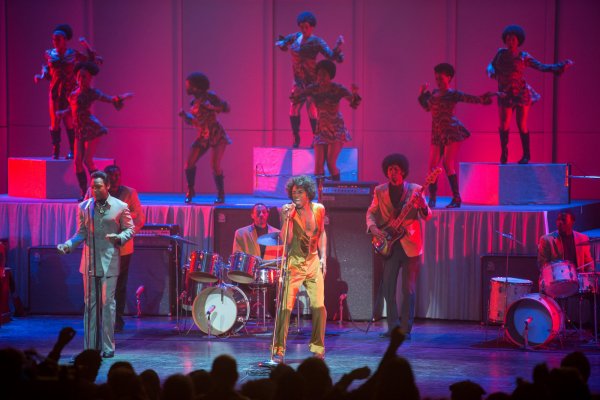 Get On Up Plot

Based on the incredible life story of the Godfather of Soul, the film will give a fearless look inside the music, moves and moods of James Brown, taking audiences on the journey from his impoverished childhood to his evolution into one of the most influential figures of the 20th century.

Get On Up image sourced from Universal Pictures