The Other Guys Movie Still 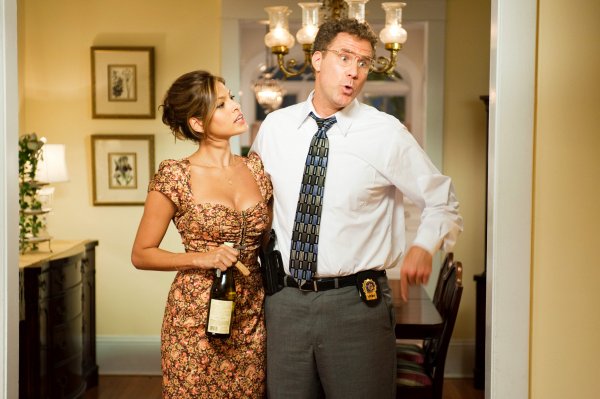 Eva Mendes stars as Sheila Gamble and Will Ferrell stars as Detective Allen Gamble in Columbia Pictures' "The Other Guys".
with Eva Mendes [ photos]

The Other Guys Plot

Set in New York City, "The Other Guys follows Detective Allen Gamble (Will Ferrell), a forensic accountant who's more interested in paperwork than hitting the streets, and Detective Terry Hoitz (Mark Wahlberg), who has been stuck with Allen as his partner ever since an embarrassing public incident with his quick trigger finger. Allen and Terry idolize the city's top cops, Danson and Manzetti (Dwayne Johnson and Samuel L. Jackson), but when an opportunity arises for the "Other Guys" to step up, things don't quite go as planned.

More The Other Guys 30