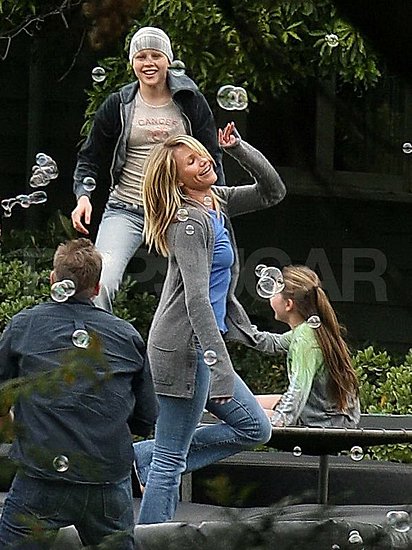 Sara and Brian Fitzgerald's life with their young son and their two-year-old daughter, Kate, is forever altered when they learn that Kate has leukemia. The parents' only hope is to conceive another child, specifically intended to save Kate's life. For some, such genetic engineering would raise both moral and ethical questions; for the Fitzgeralds, Sara in particular, there is no choice but to do whatever it takes to keep Kate alive. And what it takes is Anna.

Kate (Sofia Vassilieva) and Anna (Abigail Breslin) share a bond closer than most sisters: though Kate is older, she relies on her little sister--in fact, her life depends on Anna.

Throughout their young lives, the sisters endure various medical procedures and hospital stays--just another part of their close-knit family's otherwise normal life. Sara (Cameron Diaz), a loving wife and mother who left her career as an attorney to care for her daughter, is sometimes lost inside the single-minded caregiver she has become in her efforts to save Kate. Her strong, supportive husband, Brian (Jason Patric), is often rendered powerless and passive by his wife's strength and determination. And their only son, Jesse (Evan Ellingson), drifts, at times all but forgotten as Kate and Anna take center stage.

Until Anna, now 11, says "no." Seeking medical emancipation, she hires her own lawyer (Alec Baldwin), initiating a court case that divides the family and that could leave Kate's rapidly failing body in the hands of fate.