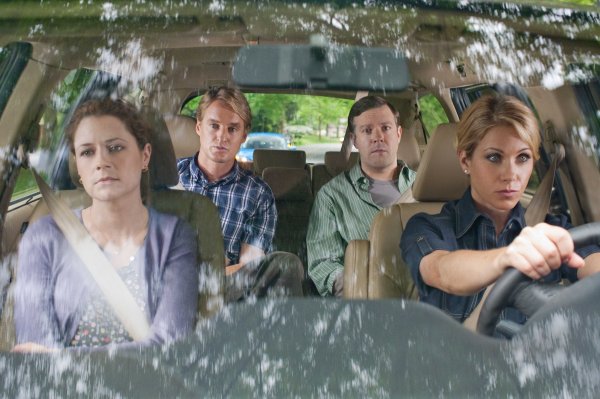 Rick (Owen Wilson) and Fred (Jason Sudeikis) are best friends who have a lot in common, including the fact that they have each been married for many years. But when the two men begin to show signs of restlessness at home, their wives (Jenna Fischer, Christina Applegate) take a bold approach to revitalizing their marriages: granting them a "hall pass," one week of freedom to do whatever they want…no questions asked. At first, it sounds like a dream come true for Rick and Fred. But it isn’t long before they discover that their expectations of the single life—and themselves—are out of sync with reality.