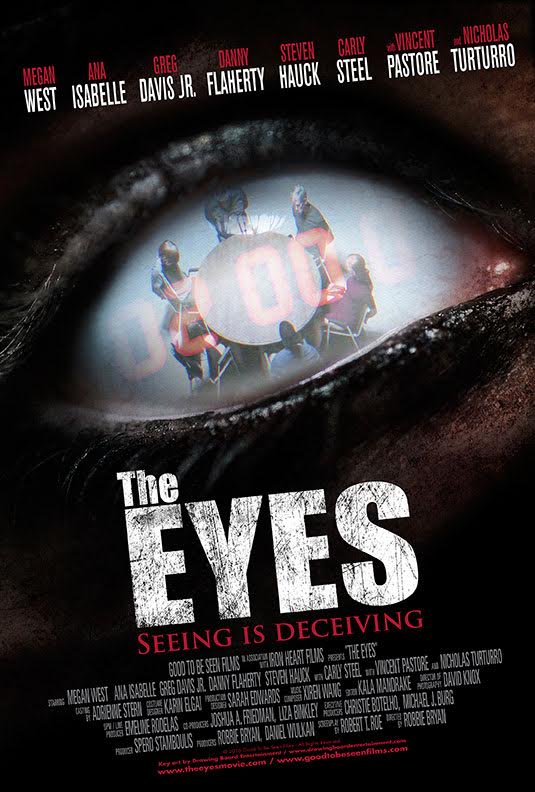 Some say we are only as sick as our secrets but what if our government really knew those secrets? What if they’ve watched every move we’ve made and our secrets aren’t really hidden? In The Eyes, six strangers with unspeakable pasts wake up imprisoned in an abandoned warehouse and discover they are being forced to participate in an evil governmental experiment. Five must die. One can live. And THEY have two hours to decide amongst themselves who survives. The clock is ticking and if they don’t decide… they ALL die. The Eyes shows us that someone is always watching.