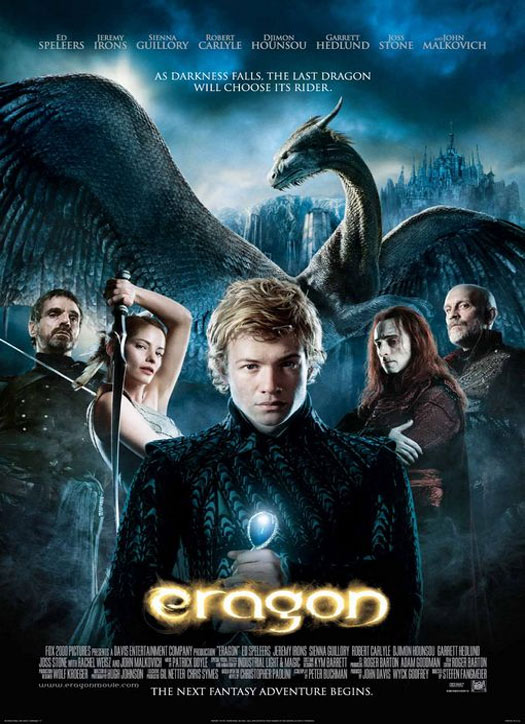 Based on the best-selling novel, this is an epic fantasy-adventure about a young farm boy named Eragon whose destiny is revealed with the help of a dragon. Eragon, now a Dragon Rider, is swept into a world of magic and power, discovering that he can save – or destroy – an Empire.