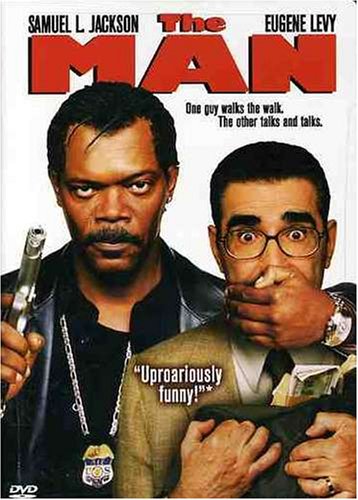 Federal Agent Derrick Vann (Samuel L. Jackson) walks the walk, while affable dental supply salesman Andy Fidler (Eugene Levy) talks and talks in the odd couple action comedy The Man. A case of mistaken identity forces the mismatched duo to team up and sets off an intense and hilarious adventure as they speed through the streets of Detroit to pull off a sting operation and solve the murder of Vann's former partner. Along the way, they uncover much more than they could have ever anticipated.