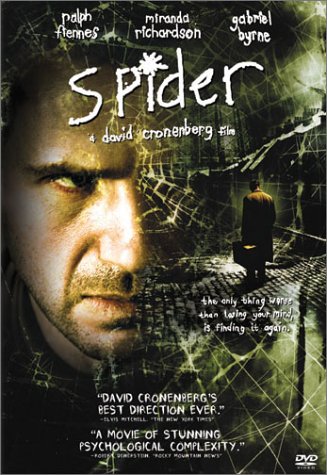 Spider is a strange and lonely man. After a long period in a mental institution, he returns to the streets of the East End of London where he grew up. The sights and sounds and the smells of those streets begin to awaken the deeply buried memories of his childhood. At the centre of these memories is the great trauma of losing his mother, a trauma which occurred, he believes, because his plumber father, Bill Cleg, murdered her in order to move a prostitute, Yvonne, into the house in her place.