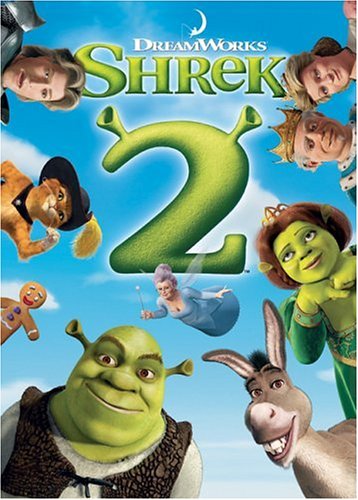 The natural order of fairy tales is interrupted in the sequel to the Academy Award-winning blockbuster "Shrek". "Shrek 2" sends Shrek, Donkey and Princess Fiona on a whirlwind of new adventures with more fairy-tale favorites to lampoon along the way. After battling a fire-breathing dragon and the evil Lord Farquaad to win the hand of Princess Fiona, Shrek now faces his greatest challenge: the in-laws. Shrek and Princess Fiona return from their honeymoon to find an invitation to visit Fiona's parents, the King and Queen of the Kingdom of Far, Far Away. With Donkey along for the ride, the newlyweds set off. All of the citizens of Far, Far Away turn out to greet their returning Princess, and her parents happily anticipate the homecoming of their daughter and her new Prince. But no one could have prepared them for the sight of their new son-in-law, not to mention how much their little girl had...well...changed. Little did Shrek and Fiona know that their marriage had foiled all of her father's plans for her future...and his own. Now the King must enlist the help of a powerful Fairy Godmother, the handsome Prince Charming and that famed ogre killer Puss In Boots to put right his version of "happily ever after."