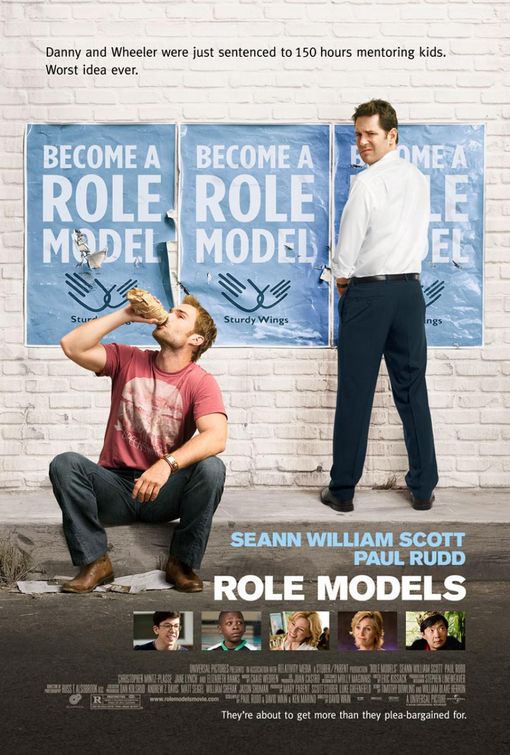 Danny and Wheeler are two salesmen who trash a company truck on an energy drink-fueled bender. Upon their arrest, the court gives them a choice: do hard time or spend 150 service hours with a mentorship program. After one day with the kids, however, jail doesn't look half bad. Surrounded by annoying do-gooders, Danny struggles with his every neurotic impulse to guide Augie through the trials of becoming a man. Unfortunately, the guy just dumped by his girlfriend has only sarcasm to offer a bashful 16-year-old obsessed with medieval role play. Meanwhile, charming Wheeler tries to trade in an addiction to partying and women to assist a fifth-grader named Ronnie in redirecting his foul-mouthed ways. It would probably help if Ronnie's new mentor wasn't an overgrown adolescent whose idea of quality time includes keggers in Venice Beach. Once the center's ex-con director gives them an ultimatum, Danny and Wheeler are forced to tailor their brand of immature wisdom to their charges. And if they can just make it through probation without getting thrown in jail, the world's worst role models will prove that, sometimes, it takes a village idiot to raise a child.