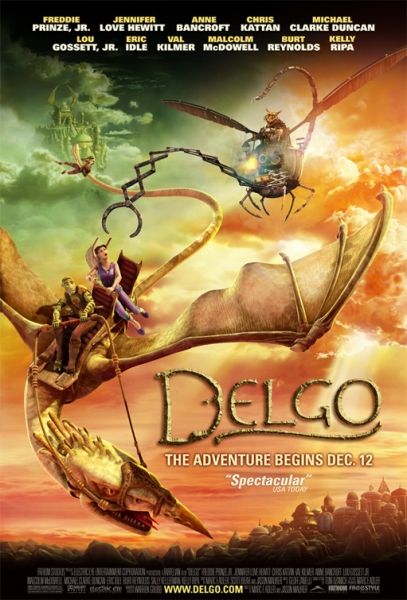 The land of Jhamora is torn apart by the mutual prejudice of two peoples—the winged Nohrin, masters of the skies, and the terrestrial Lockni, who harness the mystical powers of the land. When Delgo (Freddie Prinze, Jr.), a reckless Lockni teenager, forms an outlawed friendship with the spunky Nohrin Princess Kyla (Jennifer Love Hewitt), hostilities between the two peoples escalate, setting the stage for an exiled Empress Sedessa (Ann Bancroft) to exact her revenge and reclaim her rule.