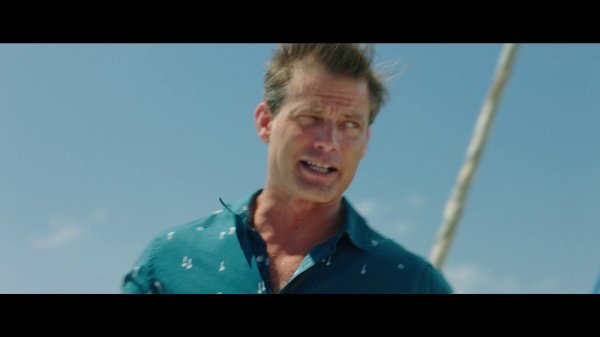 John (Van Dien) invites his buddy David "Coop" Cooper and his attractive wife Vivian onto his new yacht, encouraging the couple to relax and get away from it all. They embark on a sea journey on John’s yacht, The Bella which, becomes the stage for a deadly game that puts friendships and lifetime love to the test. As the ship treks farther into the open horizon, they become more isolated; an unexpected mechanical malfunction leaves the yacht dead in the water, so they decide to launch a mission to seek help. But they're found by a modern day pirate (Nelson) and it becomes a fight for survival in the dead open water.