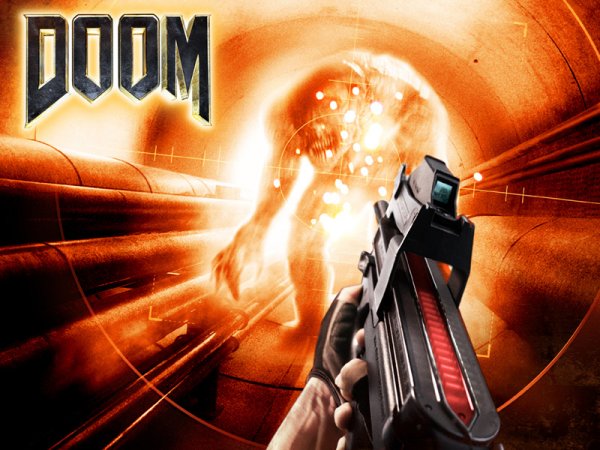 Millions of devoted fans worldwide have been spellbound by the dark invention of its adventures . . . have awaited its every incarnation with urgent anticipation . . . and have devoted countless hours, days and weeks to conquering its hidden mysteries: Doom. When the home-computer game "Doom" was first launched in 1993, no one could have foreseen the legion of fans it would create and the mania surrounding its every new permutation. "Doom" and its successive installments have transfixed gamers worldwide for over a decade and have sold millions of copies (while chalking up an unprecedented tens of millions of downloads as shareware). It is, simply, the most explosive home-computer game franchise phenomenon in history. Now, the game that made history is jumping from computer screens to the motion picture screen: get ready for "Doom". Set countless years in the future and told in the hyper- kinetic, kamikaze style that made its gaming predecessor a global phenomenon, the science fiction action adventure "Doom" takes the viewer to the far corners of the galaxy with a fully-realized vision of a dark and disturbing future.