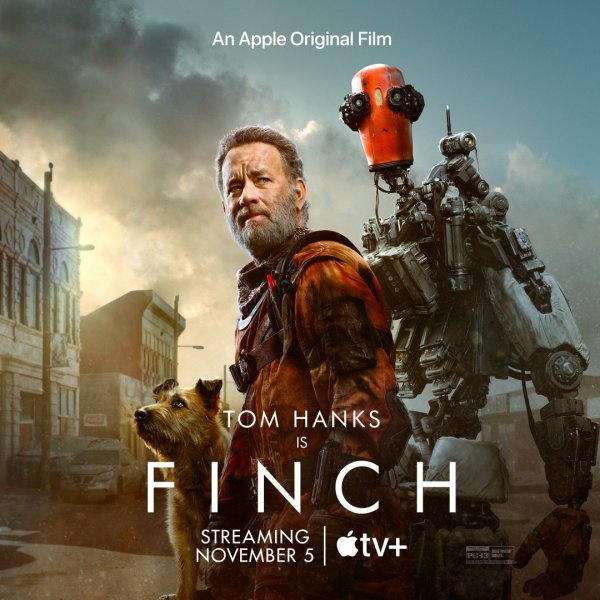 Tom Hanks stars as Finch, a robotics engineer and one of the few survivors of a cataclysmic solar event that has left the world a wasteland. But Finch, who has been living in an underground bunker for decade, has built a world of his own that he shares with his dog, Goodyear. Now, though, Finch is terminally ill. With time running out, he creates a robot to watch over Goodyear when he no longer can. As the trio embarks on a perilous journey into a desolate American West, Finch strives to show his creation, who names himself Jeff, the joy and wonder of what it means to be alive and to teach him to become human enough to take care of Goodyear. And Goodyear himself must learn to accept and trust his new master.