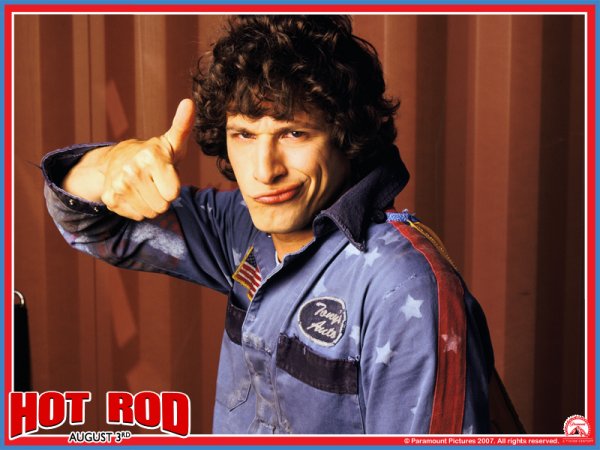 Rod Kimble, a self-proclaimed stuntman, is convinced he has bravery in his blood. He's grown up believing he's the son of Evel Knievel's test-rider, a courageous stuntman who died in his prime. Rod is committed to fulfilling his father's legacy. Only problem is--he sucks! Rod lives at home with his loving mom Marie, jerk of a stepfather Frank and nerdy stepbrother Kevin. He doesn't have a job, and can usually be found doing stunts on his moped, attempting to jump over everything from milk trucks to public swimming pools. Rod and his team--Dave, the mechanic; Rico, the ramp builder and Kevin, the team manager/videographer--are inseparable. It's almost like they share a brain. When Rod's neighbor Denise joins the team, the group's IQ virtually doubles. Rod remains optimistic in spite of the abuse he suffers from his stepfather. Frank has a penchant for beating the tar out of Rod, who just keeps coming back for more in the hopes of earning Frank's respect by besting him in one of their regular knock-down brawls. When Frank gets sick and needs a $50,000 operation, Rod attempts to raise the money by undertaking his biggest stunt ever--jumping 15 buses, one more than Evel Knievel himself ever dared. After all, he's got to get Frank all better so he can kick his ass!