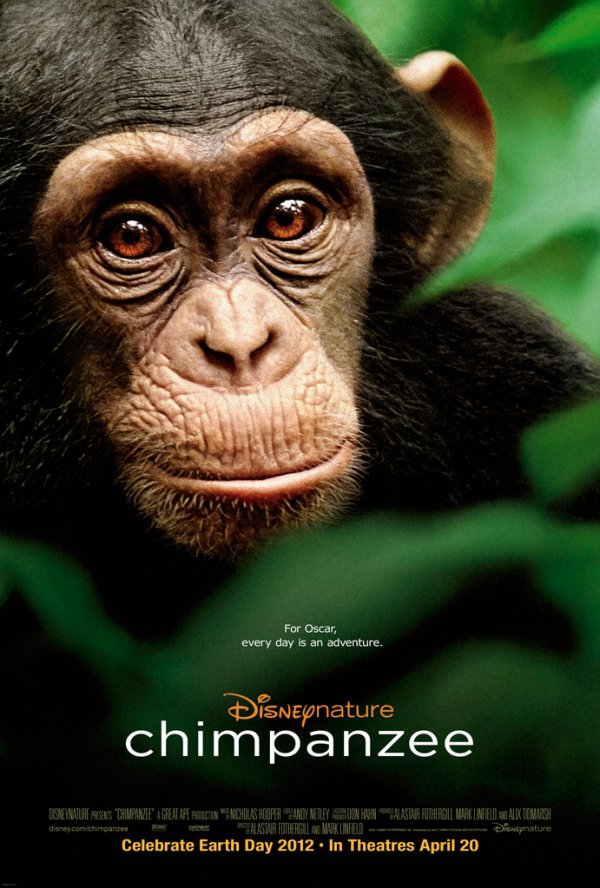 Disneynature takes moviegoers deep into the forests of Africa with Chimpanzee, a new True Life Adventure introducing a baby chimp named Oscar and his entertaining approach to life in a story of family bonds and individual triumph. Oscar’s playful curiosity and zest for discovery showcase the intelligence and ingenuity of some of the most extraordinary personalities in the animal kingdom. Working together, Oscar’s chimpanzee family—including his mom and the group’s savvy leader, Freddy— navigates the complex territory of the forest. The world is a playground for little Oscar and his fellow young chimps, who’d rather make mayhem than join their parents for an afternoon nap. But when Oscar’s family is confronted by a rival band of chimps, he is left to fend for himself until a surprising ally steps in and changes his life forever.