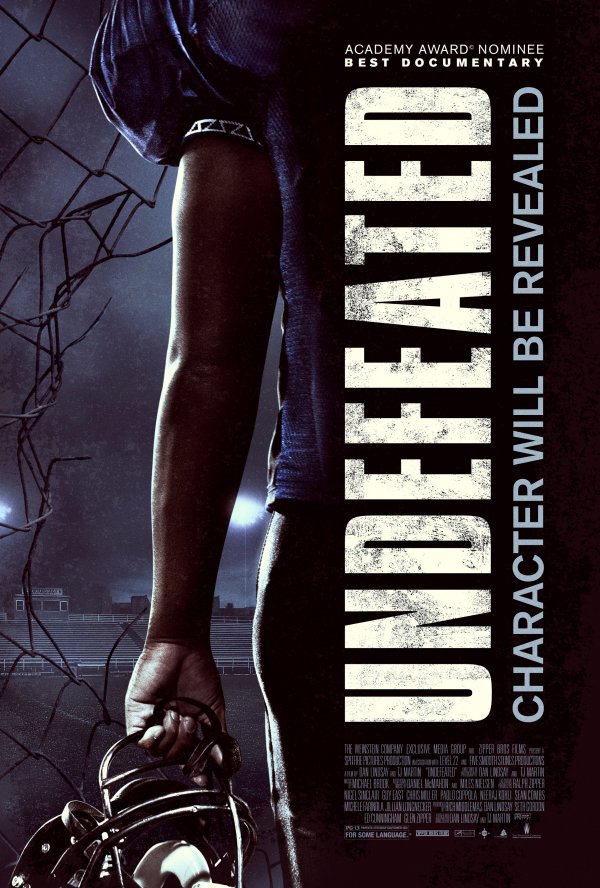 Set in the inner-city of Memphis, Undefeated chronicles the Manassas Tigers' 2009 football season, on and off-the-field, as they strive to win the first playoff game in the high school's 110-year history. A perennial whipping boy, in recent decades Manassas had gone so far as to sell their home games to the highest bidder, but that all changed in the spring of 2004 when Bill Courtney, a former high school football coach turned lumber salesman, volunteered to lend a hand. When he arrived, the team consisted of 17 players, some timeworn equipment and a patch of grass masquerading as a practice field. Focusing more on winning young men than football games, the football program nevertheless began resurrecting itself and, in 2009, features the most talented team Manassas has ever fielded; a team that seems poised to end the playoff jinx that has plagued the school since time immemorial.