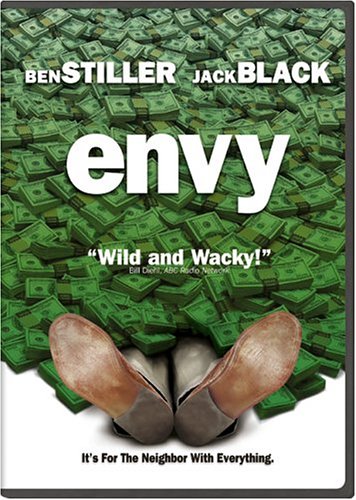 Ben Stiller and Jack Black star as Tim and Nick, best friends, neighbors and co-workers, whose equal footing is suddenly tripped up when one of Nick's harebrained get-rich-quick schemes actually succeeds: Vapoorizer, a spray that literally makes dog poop, or any other kind for that matter, evaporate into thin air -- to where exactly is anyone's guess. Tim, who had scoffed at Nick's idea and passed on an opportunity to get in on the deal, can only watch as Nick's fortune -- and Tim's own envy -- grow to equally outrageous proportions. When the flames of jealousy are fanned by an oddball drifter (Christopher Walken) who imposes himself into the situation, Tim's life careens wildly out of control ... taking Nick's with it.