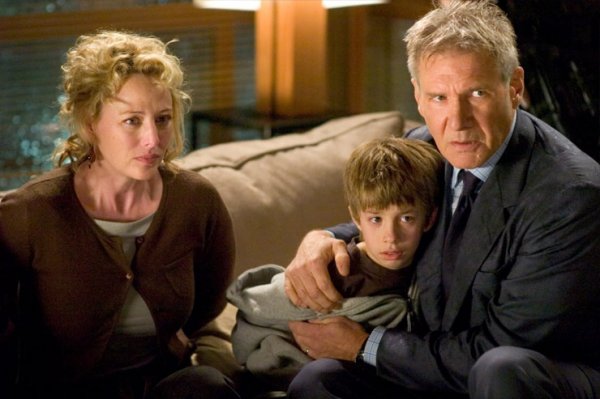 "Firewall" stars Harrison Ford as bank security expert Jack Stanfield, whose specialty is designing infallible theft-proof financial computer systems. But there's a hidden vulnerability in the system he didn't account for—himself. When a ruthless criminal mastermind (Paul Bettany) kidnaps his family, Jack is forced to find a flaw in his system and steal $100 million. With the lives of his wife and children at stake and under constant surveillance, he has only hours to find a loophole in the thief's own impenetrable system of subterfuge and false identities to beat him at his own game.