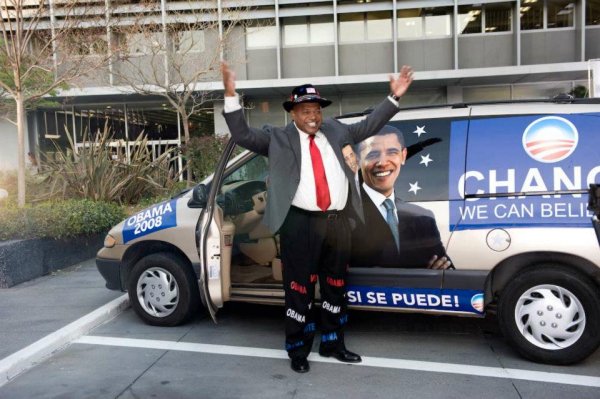 A serious health scare ignites John Thomas, an insurance salesman in his 50's (played by writer/director Charles S. Dutton) to take a closer look at his life. Motivated by a misguided obsession with getting Barack Obama elected, John takes an overwhelming involvement in the Presidential campaign. While John becomes obsessed with the ideal of change that Obama represents for Americans, he has in turn neglected to create positive change in his own life, particularly with regard to his health and familial relationships. John hides his health problems from his strong, yet supportive wife, Molly (Vanessa Bell Calloway), creating a strain on their marriage. John seeks the support of a Republican relative, MLK (Katt Williams), who initially starkly resists supporting a Democratic candidate. John's son, Kalil (Wesley Jonathan), rebels against his father's avid support of Obama by supporting the Republican candidate as well. John neglects to support his daughter, Tamika (Megan Good) at a crucial moment in her life, as she has recently fallen in love and become engaged to be married. John faces additional discord with his other son, Jamel, an up-and-coming boxer (Zab Judah), who gets mixed up with a shady manager, Slim (Glynn Turman), as he rises toward a professional boxing career. Joshua, John's recently-paroled brother (C.J. Mack), also struggles as he attempts to find work in a tough economy and to maintain his new marriage. When Molly discovers that John has been hiding his health scares from her, she urges him to take positive action to improve his bad habits. John works to get back on the right path with his health and family as Obama soars to success in the campaign.