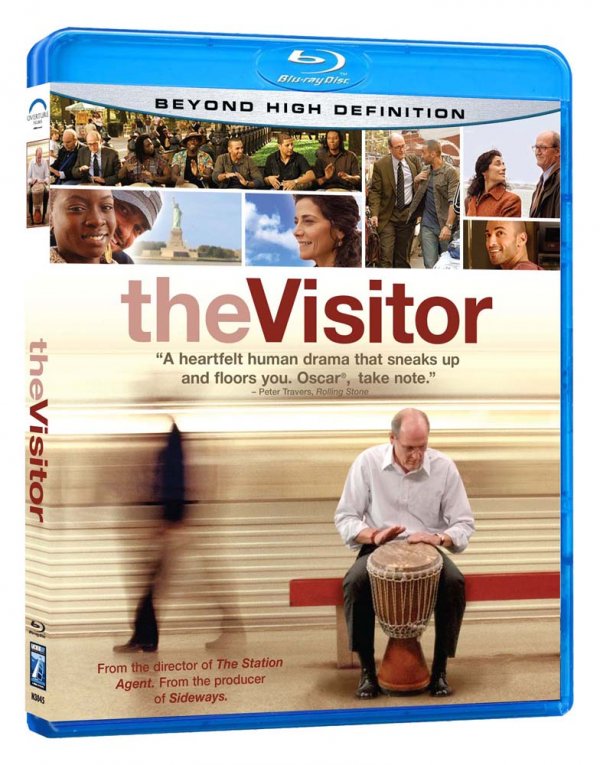 In a world of six billion people, it only takes one to change your life.

Walter Vale (Richard Jenkins) is a lonely man. Having lost his wife, as well as his passion for teaching and writing, he’s merely going through the motions. He fills his empty days by trying (unsuccessfully) to play classical piano. When the college where he teaches sends him to attend a conference in Manhattan, Walter returns to the apartment he once shared with his wife … and is startled to discover that a young couple is living there!

Victims of a real-estate scam, Tarek (Haaz Sleiman, “Veronica Mars,” “24”), a Syrian man, and his Senegalese girlfriend Zainab (Danai Gurira, “Law & Order: Criminal Intent,” the upcoming Ghost Town) have nowhere else to go. Reluctantly, Walter allows them to stay with him – and thus begins an amazing, emotional journey for all of them.

Touched by Walter’s generosity, Tarek, a talented musician in his own right, insists on teaching Walter to play the African drum. This shared love of music deepens their friendship, with the differences in culture, age and temperament falling away.

But when Tarek is arrested for being an undocumented resident and held for deportation, Walter is spurred into action, taking up his friend’s cause with a passion he thought was long gone. When Tarek’s beautiful mother, Mouna (Hiam Abbass, The Nativity Story, Munich), arrives in search of her son, Walter’s personal commitment develops into an unlikely – and unexpected – romance.