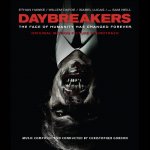 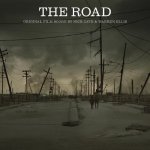 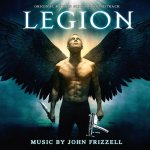 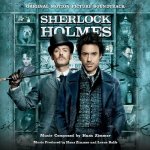 It’s all up to Edward Dalton, a vampire researcher who refuses to feed on human blood, to perfect a blood substitute that might sustain vampires and spare the few remaining humans. But time and hope are running out – until Ed meets Audrey, a human survivor who leads him to a startling medical breakthrough. Armed with knowledge that both humans and vampires will kill for, Ed must battle his own kind in a deadly struggle that will decide the fate of the human race.
Willem Dafoe, Michael Spierig, Chris Brown, Sean Furst, Ethan Hawke, Peter Spierig, Bryan Furst, Sam Neill
Fantasy Thriller Suspense Horror
4 / 5
Trailer Buy / Rent

The Imaginarium of Doctor Parnassus

The story is about a gay man (Colin Firth), who tries to go about his normal routines after the death of his partner. Matthew Goode will play Firth's former boyfriend, and Julianne Moore will be his friend.
Colin Firth, Julianne Moore, Tom Ford, David Scearce, Matthew Goode
Drama Comedy LGBT
4 / 5
Trailer Buy / Rent

"Youth in Revolt" is the irreverent story about the wild adventures of a teenage boy named Nick Twisp who meets the girl of his dreams while on a family vacation and has to turn his life and the lives of all those around him upside down in order to be with her.
Ray Liotta, Steve Longi, Steve Buscemi, Michael Cera, Gustin Nash, David Permut, Jean Smart, M. Emmet Walsh
Comedy Teen
4 / 5
Trailer Buy / Rent
Advertisement - scroll for more content

Amy Adams and Matthew Goode star in "Leap Year", a romantic comedy that follows one woman’s determined quest to get married to the perfect guy…despite what fate has in store for her. When their four-year anniversary passes without a marriage proposal, Anna (Amy Adams) decides to take matters into her own hands. Investing in an Irish tradition that allows women to propose to men on February 29th, Anna decides to follow her boyfriend Jeremy (Adam Scott) to Dublin and get down on one knee herself. But airplanes, weather and fate leave Anna stranded on the other side of Ireland, and she must enlist the help of handsome and surly Declan (Matthew Goode) to get her across the country. As Anna and Declan bicker across the Emerald Isle, they discover that the road to love can take you to very unexpected places.
Amy Adams, Bill Nighy, Roger Birnbaum, Adam Scott, Anand Tucker, Deborah Kaplan, Harry Elfont, Kaitlin Olson
Comedy Romance
3 / 5
Trailer Buy / Rent

The Book of Eli

The story centers on a lone hero named Eli (Denzel Washington) who must fight his way across the wasteland of post apocalyptic America to protect a sacred book that might hold the key to saving the future of humanity. Gary Oldman will play Carnegie, the despot of a small makeshift town deficient of standard necessities, services, and most noticeably, laws. Carnegie is determined to take possession of the book Eli is guarding.
Gary Oldman, Joel Silver, Michael Gambon, Allen Hughes, Denzel Washington, Susan Downey, Steve Richards, Evan Jones
Drama Action Adventure
4 / 5
Trailer Buy / Rent

"The Hurt Locker" is a riveting, suspenseful portrait of the courage under fire of the military's unrecognized heroes: the technicians of a bomb squad who volunteer to challenge the odds and save lives doing one of the world's most dangerous jobs. Three members of the Army's elite Explosive Ordnance Disposal (EOD) squad battle insurgents and one another as they search for and disarm a wave of roadside bombs on the streets of Baghdad—in order to try and make the city a safer place for Iraqis and Americans alike. Their mission is clear—protect and save—but it's anything but easy, as the margin of error when defusing a war-zone bomb is zero. This thrilling and heart-pounding look at the psychology of bomb technicians and the effects of risk and danger on the human psyche is a fictional tale inspired by real events by journalist and screenwriter Mark Boal, who was embedded with a special bomb unit in Iraq. In Iraq, it is soldier vernacular to speak of explosions as sending you to "the hurt locker."
Jeremy Renner, Mark Boal, Evangeline Lilly, Tony Mark, Kathryn Bigelow, Nicolas Chartier, Greg Shapiro, Anthony Mackie
Drama Action War
4 / 5
Trailer Buy / Rent

In the supernatural action thriller "Legion", an out-of-the-way diner becomes the unlikely battleground for the survival of the human race. When God loses faith in Mankind, he sends his legion of angels to bring on the Apocalypse. Humanity's only hope lies in a group of strangers trapped in a desert diner and the Archangel Michael (Paul Bettany).
Tyrese Gibson, Lucas Black, Dennis Quaid, Kate Walsh, Adrianne Palicki, Jon Tenney, Scott Stewart, David Lancaster
Drama Fantasy Thriller Suspense
4 / 5
Trailer Buy / Rent

Dwayne Johnson is “The Tooth Fairy,” also known as Derek Thompson, a hard-charging minor league hockey player whose nickname comes from his habit of separating opposing players from their bicuspids. When Derek discourages a youngster’s hopes, he’s sentenced to one week’s hard labor as a real tooth fairy, complete with the requisite tutu, wings and magic wand. At first, Derek “can’t handle the tooth” – bumbling and stumbling as he tries to furtively wing his way through strangers’ homes…doing what tooth fairies do. But as Derek slowly adapts to his new position, he begins to rediscover his own forgotten dreams.
Ashley Judd, Dwayne Johnson, Julie Andrews, Jason Blum, Mark Ciardi, Gordon Gray, Billy Crystal, Michael Lembeck
Comedy
3 / 5
Trailer Buy / Rent

A crew of officers at an armored transport security firm risk their lives when they embark on the ultimate heist….against their own company. Armed with a seemingly fool-proof plan, the men plan on making off with a fortune with harm to none. But when an unexpected witness interferes, the plan quickly unravels and all bets are off.
Sam Raimi, Josh Donen, Columbus Short, Dan Farah, Matt Dillon, Laurence Fishburne, Nimrod Antal, James V. Simpson
Drama Crime Heist
3 / 5
Trailer Buy / Rent

Jeff Bridges stars as the richly comic, semi-tragic romantic anti-hero Bad Blake in the debut feature film "Crazy Heart" from writer-director Scott Cooper. Bad Blake is a broken-down, hard-living country music singer who's had way too many marriages, far too many years on the road and one too many drinks way too many times. And yet, Bad can’t help but reach for salvation with the help of Jean (Maggie Gyllenhaal), a journalist who discovers the real man behind the musician. As he struggles down the road of redemption, Bad learns the hard way just how tough life can be on one man’s crazy heart.
Robert Duvall, Jeff Bridges, Scott Cooper, Judy Cairo, T Bone Burnett, Robert Carliner, Maggie Gyllenhaal, Paul Hermann
Drama Musical
3 / 5
Info Buy / Rent
Advertisement - scroll for more content

"Edge of Darkness" is an emotionally charged thriller set at the intersection of politics and big business. Thomas Craven (Mel Gibson) is a veteran homicide detective for the Boston Police Department and a single father. When his only child, twenty-four year old Emma (Bojana Novakovic), is murdered on the steps of his home, everyone assumes that he was the target. But he soon suspects otherwise, and embarks on a mission to find out about his daughter's secret life and her killing. His investigation leads him into a dangerous looking-glass world of corporate cover-ups, government collusion and murder - and to shadowy government operative Darius Jedburgh (Ray Winstone), who has been sent in to clean up the evidence. Craven's solitary search for answers about his daughter's death transforms into an odyssey of emotional discovery and redemption.
Mel Gibson, Shawn Roberts, Ray Winstone, Graham King, William Monahan, E. Bennett Walsh, Tim Headington, Martin Campbell
Drama Thriller
3 / 5
Info Buy / Rent

The "44 Inch Chest" story unfolds when a jealous husband and his friends kidnap his wife's young lover, seeking retribution for his wounded ego. The film is a darkly funny and confrontational drama about a wronged man trying to rebuild his self-respect, aided only by a motley crew of his old friends.
Ray Winstone, Tom Wilkinson, Malcolm Venville, Louis Mellis, David Scinto, Ian McShane, Joanne Whalley
Drama
3 / 5
Trailer Buy / Rent

A young boy stands on a station platform. The train is about to leave. Should he go with his mother or stay with his father? An infinity of possibilities rise from this decision. As long as he doesn’t choose, anything is possible. Every life deserves to be lived.
Jared Leto, Juno Temple, Sarah Polley, Jaco Van Dormael, Rhys Ifans, Diane Kruger
Drama Fantasy
4 / 5
Trailer Buy / Rent

"Coco Chanel & Igor Stravinsky" is set in 1920's Paris where Coco Chanel has established herself in the world of fashion and Igor Stravinsky, displaced by the Russian Revolution, is living destitute in Paris with his family and suffering from a disastrous reaction to an early production of his ballet. The pair is introduced and the attraction is immediate - the two embark on a passionate affair, which results in a period of great artistic achievement for both artists.
Jan Kounen, Mads Mikkelsen, Chris Greenhalgh, Anna Mouglalis
Drama Romance
3 / 5
Info Buy / Rent

How fast do you want to see a Wonder Woman sequel? 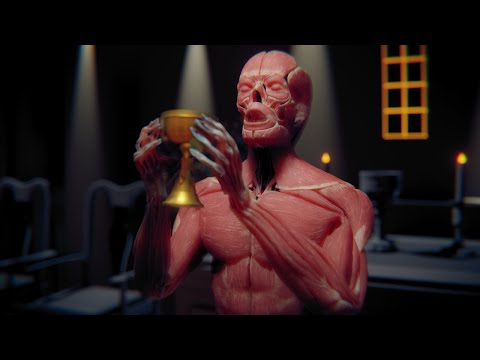 A Glitch In the Matrix 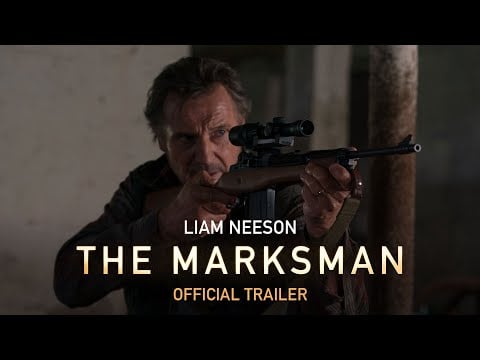 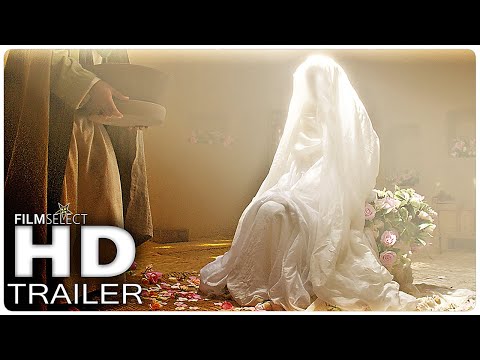 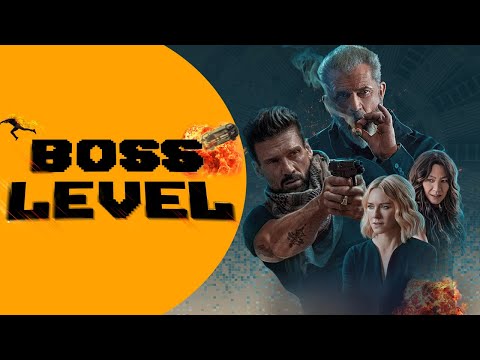