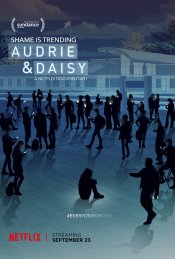 Two different girls sexually assaulted on two different nights, in two different towns. Audrie & Daisy takes a hard look at the issues faced by America's teenagers who are coming of age in the new world of social media bullying, spun wildly out of control.

Poll: Will you see Audrie & Daisy?

Production: What we know about Audrie & Daisy?

Audrie & Daisy Release Date: When was the film released?

Audrie & Daisy was released in 2016 on Friday, September 23, 2016 (Limited release). There were 16 other movies released on the same date, including The Magnificent Seven, Storks and Total Frat Movie. +Netflix