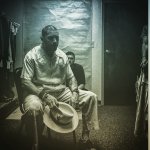 South Florida, 1945. The harrowing memories of an ailing multi-millionaire haunt life in the present as he spends his final year surrounded by family. An unravelling of one of the 20th Century’s most iconic figures.

Poll: Will you see Fonzo?

Production: What we know about Fonzo

Fonzo Release Date: When is it coming out?

Fonzo is coming out To Be Announced (TBA).

Looking for more information on Fonzo?