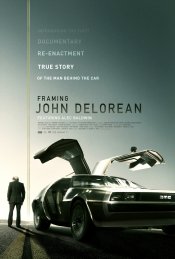 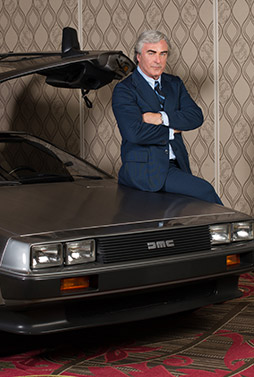 Recounts the extraordinary life and legend of the controversial automaker, tracing his meteoric rise through the ranks of General Motors, his obsessive quest to build a sports car that would conquer the world, and his shocking fall from grace on charges of cocaine trafficking.

Arctic Dogs, Rise of the Guardians

Bottom of the 9th, The Weather Man

Goon: Last of the Enforcers, DeLorean

Production: What we know about Framing John DeLorean?

Framing John DeLorean Release Date: When was the film released?


Framing John DeLorean was a Limited release in 2019 on Friday, June 7, 2019. There were 14 other movies released on the same date, including X-Men: Dark Phoenix, Late Night and The Secret Life of Pets 2.
As a Limited release, Framing John DeLorean will only be shown in select movie theaters across major markets. Please check Fandango and Atom Tickets to see if the film is playing in your area.


Framing John DeLorean was released across all major streaming and cable platforms on Friday, June 7, 2019. Digital rental or purchase allows you to instantly stream and download to watch anywhere and anytime on your favorite devices. Available from various digital retailers including Amazon Video, iTunes, Google Play, Apple, Vudu and others.