A poignant drama about Asian American sister and brother, Kasie (Tiffany Chu) and Carey (Teddy Lee), who were raised and are now seemingly stuck in Korea town, Los Angeles. Abandoned by their mother and brought up by their father, the siblings continue to struggle with deep emotional wounds from the difficulty of the parental dynamic.

Poll: Will you see Ms. Purple?

"The Sun Is Also A Star" 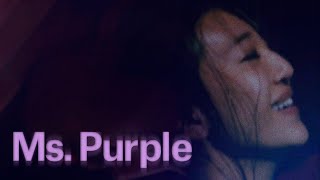 Production: What we know about Ms. Purple?

Ms. Purple Release Date: When was the film released?

Ms. Purple was released in 2019 on Friday, September 6, 2019 (Limited release). There were 7 other movies released on the same date, including IT Chapter Two, Satanic Panic and Boy Genius.