January 12, 2021 • Filming completed; editing of shot film; music composition and recordings, as well as sound and visual effects being added. Recently screened to the major streamers, and received a strong interest.

In The TOMORROW WAR, the world is stunned when a group of time travelers arrive from the year 2051 to deliver an urgent message: Thirty years in the future mankind is losing a global war against a deadly alien species. The only hope for survival is for soldiers and civilians from the present to be transported to the future and join the fight. Among those recruited is high school teacher and family man Dan Forester (Chris Pratt). Determined to save the world for his young daughter, Dan teams up with a brilliant scientist (Yvonne Strahovski) and his estranged father (J.K. Simmons) in a desperate quest to rewrite the fate of the planet.

Poll: Will you see The Tomorrow War?

"The Kings of Summer" , "Firewall"

"The Purge: Election Year" , "The Purge"

"The Man From Toronto" 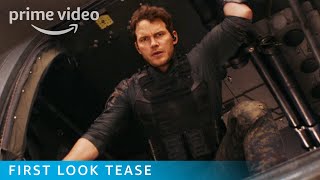 Production: What we know about The Tomorrow War?

Recently screened to the major streamers, and received a strong interest.

The Tomorrow War Release Date: When is the film coming out?

The Tomorrow War is coming out in 2021 on Friday, July 2, 2021 (PrimeVideo release). There are 3 other movies coming out on the same date, including Summer of Soul, The Forever Purge and First Date.

Q&A Asked about The Tomorrow War

Looking for more information on The Tomorrow War?