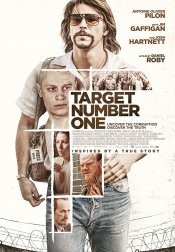 April 11, 2020 • Awaiting release by distributor; release date not yet announced.

To Be Announced (TBA) (Limited)

Most Wanted follows an investigative journalist (Hartnett) as he unravels a twisted case of entrapment wherein a guy from the wrong side of the tracks, Daniel (Pilon), is forced into a dangerous drug deal against his will and is sentenced to 100 years in a Thai prison. As Daniel endures torture and abuse, the journalist must track down the shady undercover cops benefiting off the conspiracy, while also fighting for Daniel’s freedom.

Poll: Will you see Most Wanted?

Production: What we know about Most Wanted?

Most Wanted Release Date: When is the film coming out?

Most Wanted is coming out To Be Announced (TBA).

Q&A Asked about Most Wanted

Looking for more information on Most Wanted?