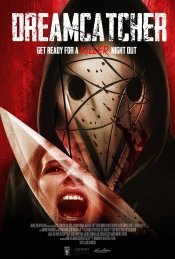 Two estranged sisters, along with their friends, become entrenched in a 48 hour whirlwind of violence after a traumatic experience at an underground music festival.

Dylan, known to his fans as DJ Dreamcatcher, is on the brink of global stardom. Everything changes the night of Cataclysm, an underground music festival, where two estranged sisters and their friends meet Dylan. After a drug fueled gruesome event, things begin to spiral into a 48-hour whirlwind of violence and mayhem.

Poll: Will you see Dreamcatcher?

A look at the Dreamcatcher behind-the-scenes crew and production team.

Production: What we know about Dreamcatcher

Dreamcatcher Release Date: When is it coming out?

Dreamcatcher is coming out in 2021 on Friday, March 5, 2021 (Limited release). There are 7 other movies coming out on the same date, including Boogie, Raya and the Last Dragon and Chaos Walking.

Looking for more information on Dreamcatcher?