Badly wounded and narrowly escaping the police after a robbery gone wrong, Freddy (Colson Baker) is on the run with a duffle bag full of cash and coke. He doesn’t have a lot of time left and will be dead even sooner if Vic, his former crime boss whom he has just stolen from, catches him first. Chased through the streets of Downtown L.A., Freddy makes a quick decision and slips onto a Greyhound bus headed deep into the California desert. Onboard, he devises a plan of action and calls on accomplices, his estranged father (Kevin Bacon), and his ex-wife for help. For once ready to support his son, Freddy’s father boards the bus at the next stop. Meanwhile a mysterious passenger named Will (Travis Fimmel) makes matters worse with his creepy behavior, ominous of what’s to come. The clock is ticking as Vic and her henchmen close in on the bus. With his life slipping through his fingers Freddy comes face to face with his own demons and is left with precious few choices to make in order to survive. There is only ONE WAY.

Poll: Will you see One Way?

Delia's Gone, Die in a Gunfight

Midnight In The Switchgrass, Bird Box

A look at the One Way behind-the-scenes crew and production team. The film's director Andrew Baird last directed Zone 414. 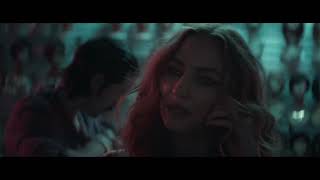 Production: What we know about One Way?

One Way Release Date: When is the film coming out?

One Way is coming out in 2022 on Friday, September 2, 2022 (Limited release). There are 10 other movies coming out on the same date, including Honk For Jesus. Save Your Soul., The Lord of the Rings: The Rings of Power and The Harbinger.

Q&A Asked about One Way

Looking for more information on One Way?