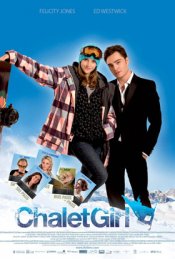 A working-class girl lands a job in a posh ski resort and discovers her natural snowboarding genius while dating the boss’ son.

Poll: Will you see Chalet Girl?

Wolves of War, Romeo and Juliet

Living, Wrath of the Titans

Grand Piano, The Look of Love

A look at the Chalet Girl behind-the-scenes crew and production team. The film's director Phil Traill last directed All About Steve and Sleeping Together. The film's writer Tom Williams last wrote Exit Point.

Production: What we know about Chalet Girl?

Chalet Girl Release Date: When was the film released?

Chalet Girl was released in 2011 on Friday, October 14, 2011 (in 1 theater. There were 11 other movies released on the same date, including Footloose, The Big Year and The Thing.