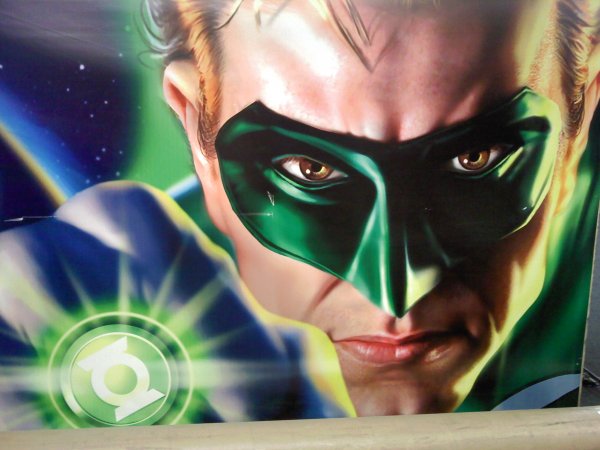 The second half of a large Green Lantern display at Warner Bros.