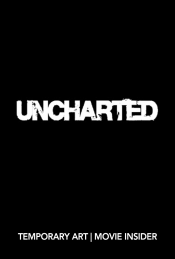 January 22, 2021 • Filming completed; editing of shot film; music composition and recordings, as well as sound and visual effects being added.

Nathan Drake, a descendant of explorer Sir Francis Drake, goes on a quest to seek the lost treasure of El Dorado.

Based on the prequel storyline from the Naughty Dog video game for PlayStation, the story is focused on the young thief Drake, and his first encounter with the professional rogue, Sullivan.

Action Adventure Based on Game

Poll: Will you see Uncharted?

"The Hitman's Wife's Bodyguard" , "Puss in Boots: The Last Wish"

Production: What we know about Uncharted?

10 Cloverfield Lane director Dan Trachtenberg has signed on to helm.

Sony Pictures has set Shawn Levy to direct. Said to be on the fast track.

Joe Carnahan has been hired to write the latest draft of the script (he won't direct because he'll be working on Bad Boys III).

Uncharted Release Date: When is the film coming out?

Uncharted is coming out in 2022 on Friday, February 18, 2022 (Nationwide release). There are 2 other movies coming out on the same date, including Rumble and Ambulance.

Looking for more information on Uncharted?