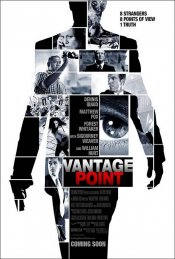 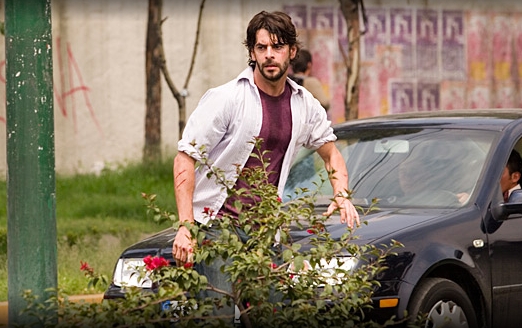 An attempted assassination of the president is told from five different points of view.

Thomas Barnes (Dennis Quaid) and Kent Taylor (Matthew Fox) are two Secret Service agents assigned to protect President Ashton (William Hurt) at a landmark summit on the global war on terror. When President Ashton is shot moments after his arrival in Spain, chaos ensues and disparate lives collide. In the crowd is Howard Lewis (Forest Whitaker) an American tourist video-taping the historic event to show his kids when he returns home. Also there is Rex (Sigourney Weaver) an American TV news producer who is reporting on the conference. It's only as we follow each person's perspective of the same 15 minutes prior to and immediately after the shooting that the terrifying truth behind the assassination attempt is revealed.

Poll: Will you see Vantage Point?

Production: What we know about Vantage Point

Vantage Point Release Date: When was it released?

Vantage Point was released in 2008 on Friday, February 22, 2008 (). There were 3 other movies released on the same date, including Witless Protection, Charlie Bartlett and Be Kind, Rewind.