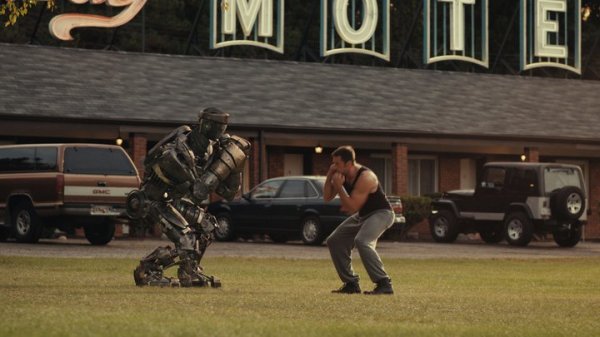 Down-on-his-luck fight promoter Charlie (Hugh Jackman) trains his star robot boxer Atom for a chance to go to the big time in the high-tech boxing world in this scene from Real Steel.
with Hugh Jackman [ photos]