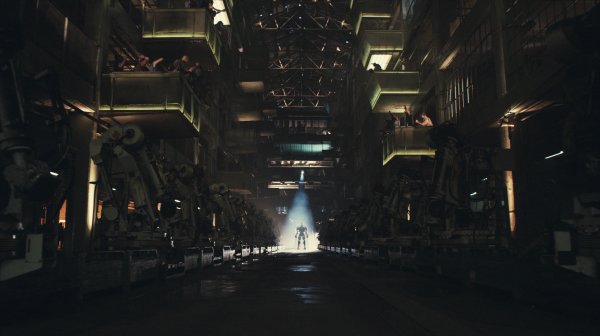 Eight-foot tall robot boxer Midas pauses before entering the ring at Crash Palace for a match with fellow robot boxer Noisy Boy in a scene from Real Steel.